By Katie Pavlich
[originally published by townhall.com on September 16, 2019]

U.S. Customs and Border Protection Chief Carla Provost announced over the weekend that since the beginning of the year, agents working along the southern border with Mexico have arrested more than 4,000 illegal aliens with serious criminal records. 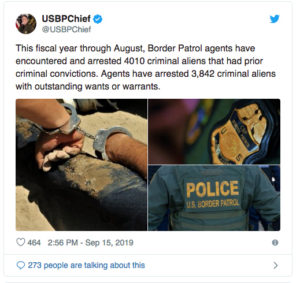 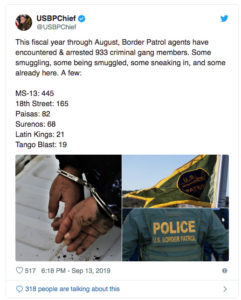 These numbers come as border officials tout an overall decrease in illegal border crossings in recent months, crediting President Trump’s policies, while stressing the crisis is ongoing and the need for Congress to act is still dire.