AMERICA’S FORGOTTEN: A Broken Immigration System Leaves A Slew Of Victims In Its Rudderless Wake 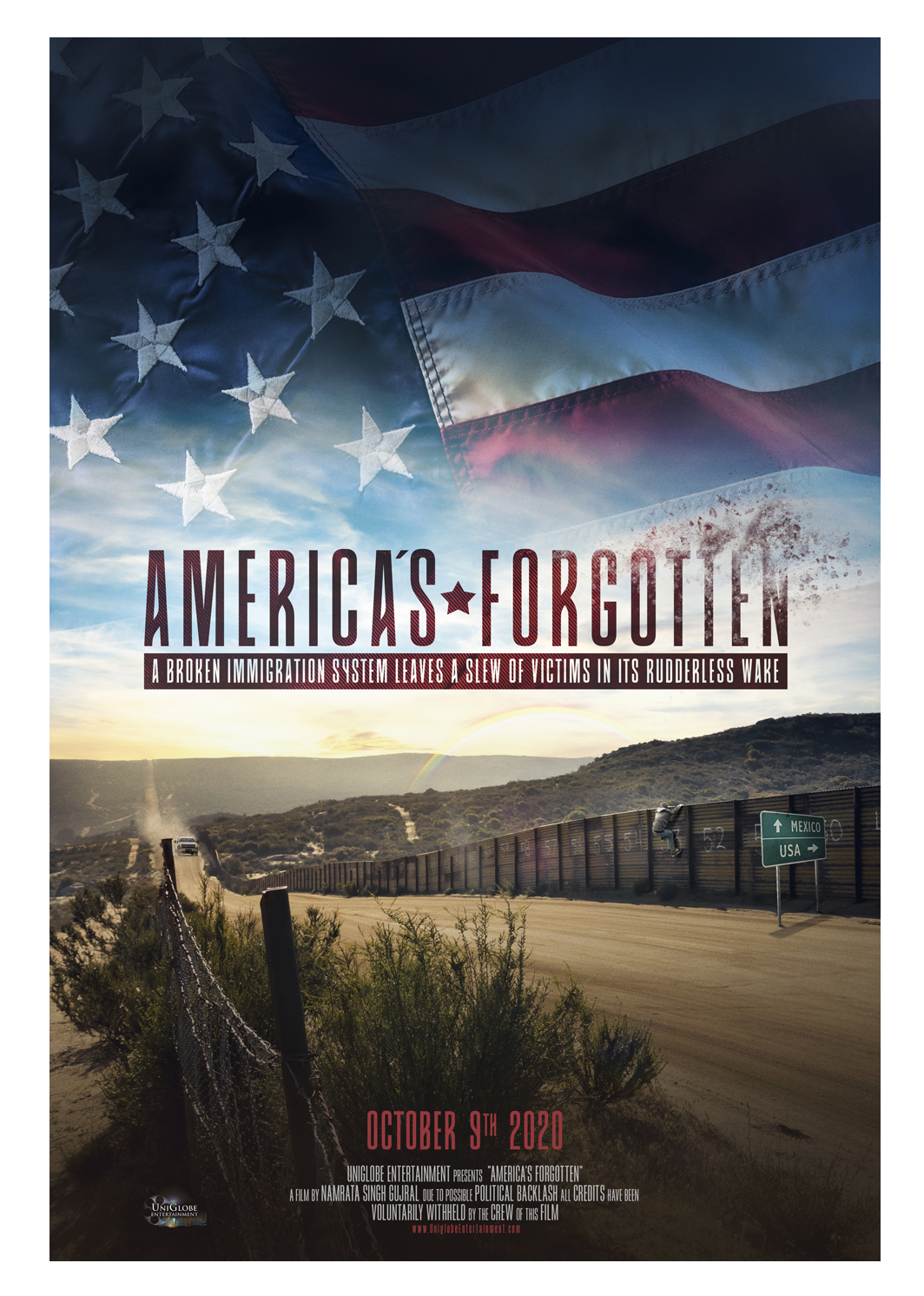 Due to unintended consequences, America’s broken immigration system leaves a slew of victims in its rudderless wake.

A film by award winning director, Namrata Singh Gujral, ‘America’s Forgotten’ reveals the staggering human and material cost of illegal immigration to the American public. The film chronicles the director’s educational journey across the world, with four different stories, as she discovers the bitter truth about illegal immigration.

The documentary explores death, torture and hardship surrounding illegal immigration in the U.S., a topic so sensitive that the film contains the following disclaimer: “Due to the possible political backlash all credits have been voluntarily withheld by the crew of this film.”