I could hear the pain in your voice and saw the grief on your face when you talk about them and my heart hurt for you.

Sadly, I KNOW this unbearable pain all too well.

I too, lost a child. My only child.

My 30 year old son Dominic, who was ripped out of my life as well. My world crumbled, my heart shattered into thousands of pieces and life hasn’t been the same without him.

He was the joy and love of my life, the reason for living and my best friend. We shared a household after his dad and I got divorced, went on trips together and enjoyed every moment we spent together. The pranks we played on each other were epic and his laughter was infectious.

Not only was he an amazing, loving son, but he excelled in everything he did.

From being a honor student, to becoming volunteer of the year 2004 in Moreno Valley, California, to being everyone’s best friend and always the one everyone trusted and depended on.

His love for Law Enforcement made him join the Riverside Sheriff’s Department as a 911 Communication Officer & while working full time, he studied to become a Motorcycle Officer and his final goal was to become a helicopter pilot.

He was a dreamer. Dreaming big of a bright future.

Dreaming of how to do the things he enjoyed, helping others and keeping his community safe from harm.

Sadly, his dream was cut short and left nothing but a nightmare for me, my family and the many many people who loved him.

His absence is felt deeply by so many who still celebrate his birthday and who still talk about their buddy Dom, and share with their children, who he was.

You see Mr. President, I understand your pain very well and know about the tears that flow when no one is around.

My heart hurts for you and your grief over the loss of your children.

While I have empathy for your tragic losses, I can’t, for the life of me, understand some of your actions concerning Illegal Immigration.

The killer of my child had been in this country for many years, committed numerous crimes and was convicted of 2 felonies, had 2DUIs, driving without a license, no insurance or registration.

After he was caught drunk driving without a license, he received probation from a sympathetic judge. He was caught driving drunk a second time and just received another warning.

5 weeks later he drove drunk again, still no license or registration and turned his truck in front of my sons motorcycle ( he was on his way to work ) and hit him almost head on and with such power, that it killed Dominic on impact as he was thrown into a wall by the sidewalk.

Dominic’s  dead and mangled body was covered by an American flag and the people he volunteered with, his friends from the Fire Department transported him on a Fire truck to the Coroners office.

The Police Officers at the scene also knew  Dominic from ride alongs, his volunteer work and most of them were his personal friends.

Many still haven’t recovered from arriving at this brutal accident scene and realizing it was their friend, dead on a sidewalk, while the one who caused the accident, acted like it was no big deal.

As you well know, we will never forget the moment we heard about the death of our loved ones, I too, re-live THAT life changing horrific call, the pictures of the accident scene, the visit to the morgue to touch and kiss my child for the very last time.

The blur of a memorial service with hundreds of people hugging me while crying their eyes out, the many nights sleeping in his bed and hoping it was just a nightmare.

His dog waiting at the door, crying and not eating anymore.

Trying to come to grips with the reality of never being able to hug and kiss him, never hearing his voice and laughter or being a recipient of his pranks, flying with him in his little plane, taking trips together or just sitting and talking.

I KNOW you understand exactly what pain does to our body, heart and soul, trying to understand the why and how this could have happened.

The unanswered question: How could this have been prevented.

Mr. President, you probably wondering why I am writing to you and sharing this with you?

You and your Administration have a direct influence and the power to prevent other American families from experiencing that brutal pain of losing a family member because of illegal immigration.

I do know and understand that accidents happen.

But in my case ( and sadly thousand of other cases) my sons death was 100 % preventable.

Because IF the killer of my son …..

MY AMAZING SON WOULD STILL BE ALIVE

I would have had the joy of him walking me down the isle when I married the man who stood with me through the worst of times,

I would enjoy spending time with grandkids.

I would be able to hug and kiss him, make plans and watch him fulfill all the dreams he had.

But because of failures on many levels ( local, state and federal )  I can only IMAGINE what it would be like to still have Dominic here with me, look at pictures and enjoy the precious memories of 30 years with him.

Since you have been sworn into office, you took actions in the first few days, that made me wonder about the oath you took.

You are the President of AMERICA and its citizens that count on you to keep them safe from harm.

However, you have shown us that we American citizens and Legal immigrants are NOT first on your list.

You immediately signed many EOs that give illegals a free pass to come here, stay here and even if they do commit  crimes, won’t have to worry about being deported.

You halted the building of a wall that actually works, like the fence and wall around the Capitol and the White House.

You gave illegals all the excuses in the world to feel free to come into our country without going through the legal process, use our resources & get away with more crimes.

With the stroke of a pen you placed the brave men and women of Border Patrol, ICE and Law Enforcement in danger by having to deal with the rush on our border and having to deal with people who we know nothing about, can’t do background checks and not sure if they have Covid or other diseases.

These brave officers are overwhelmed and outnumbered and now have to also worry about what they bring home to their families after the shift ends.

Your actions sadly do NOT show that you are at all concerned with America, is citizens and the danger these actions bring.

Many more families is will get to know the horrible pain of losing a loved one because of this.

Many more will ask why there wasn’t anything done to prevent this and how could a President care more for illegals than its own citizens.

I also can’t understand why you want to change the legal term “illegal aliens “to “undocumented immigrants “. ( a direct insult to every LEGAL immigrant who is obeying and respecting laws to be here)

Why are you so concerned with things like that while our country is going through a pandemic and it’s citizens are on their knees needing help.

Why are you so concerned about people who shouldn’t be here and who are breaking into this country, instead of dealing with urgent issues that affect Americans RIGHT NOW?

Why are we NOT on the top of this Administrations list?

How many more Americans have to die or get hurt at the hands of someone that shouldn’t even be here?

How many lives have to be affected because our borders are now wide open and ICE, Border Patrol and Law Enforcement have their hands tied behind their backs?

For the life of me, I can’t understand your actions and EOs about the issue of Illegal Immigration and making Illegal aliens the “Victims”, while we Americans could never get away with that in any other country, let alone here.

I also can’t understand WHY you would:

Will LEGAL immigrants like me, who obeyed the law, stood in line, filled out documents, went through back ground investigations and medical check ups, paid lots of money and had to proof to be self reliant, get a refund?

And lastly, how many dead or injured Americans (at the hands of illegal aliens ) are acceptable to this administration?

From the bottom of my heart I appeal to you, to remember the pain of losing your daughter and your son and make decisions that wont hurt, but help those who have a right to be here.

America should NOT be a SANCTUARY COUNTRY for FOREIGNERS, but a place for EVERY AMERICAN to feel safe, raise their children to become productive, law abiding members of society and enjoy the freedom and liberties that were promised to us.

I am begging you to rethink this very important issue that will change our country forever and please make decisions to HELP Americans, NOT people who disrespect our laws.

These words are from my heart and soul and I ask you to do the right thing, because this is not a left or right issue, but a humanitarian and security issue for all of us living here, legally. 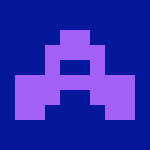