One day after the election Twitter suspended AVIAC’s Twitter Account. Why? They claimed we violated their rules. What rule did we violate? They will not tell you.

While we have appealed their decision, it is difficult to defend yourself when you do not know what it is that you are accused of having done. We do not even know what the alleged offending tweet was. 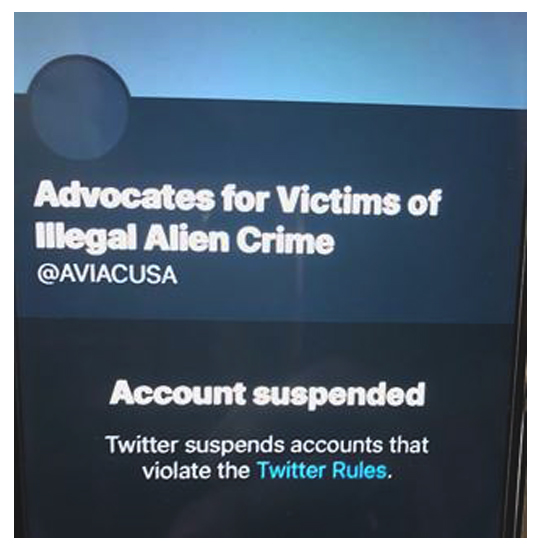 What we do know is that it does not matter. They do not want the public to know the truth about illegal immigration.

Our loved ones have been killed, raped and victims of crimes committed by people who should not have ever been in the country. We, American taxpayers have spent trillions of dollars supporting these people when we cannot even get homeless American citizens off the streets.

WE WILL NOT BE SILENCED!

One day before the election, November 2, 2020, my account (which I rarely use) was “locked’ for violating Twitter Rules. I had responded to a tweet from CNN’s Keith Boykin on August 27, 2020. In my case, they said I had violated their rules against hateful conduct. They did send me a copy of the allegedly “offending” tweet but didn’t tell me what was hateful. 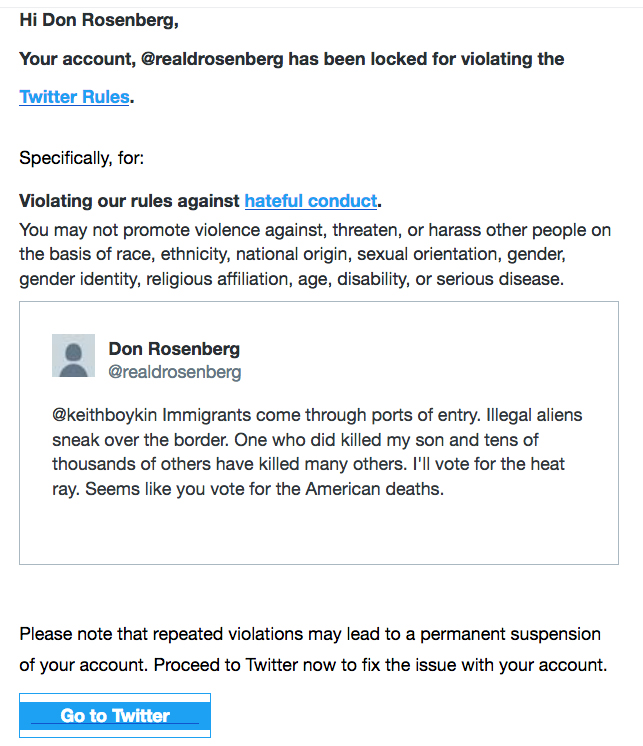 They gave me an option to “fix the issue”. My choice was to plead guilty and delete the tweet or appeal. They give you 159 characters to appeal.

This was my appeal:
So I get 30 words (159 characters) to defend myself? How about telling me what was hateful conduct. You people are a menace to society. You should be ashamed.

We will keep you posted, but please forward this story and protest to Twitter. Look for more information on Tuesday, November 10, 2020.