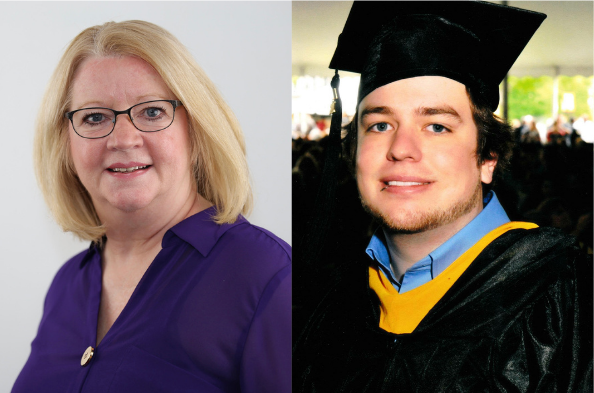 My name is Maureen Maloney and my 23 years-old son, Matthew Denice, was brutally killed on August 20, 2011 by an illegal alien who was drunk, driving without a license and ran through a stop sign colliding with Matthew on his motorcycle. Matthew landed on the front driver’s side hood, rolled off and should have survived the collision with abrasions and bruises. However, while fleeing the scene, the drunk, illegal alien ran over Matthew causing him to become lodged under the truck.

Matthew was dragged a quarter of a mile to his death while horrified witnesses were banging on the truck and screaming for the driver to stop.  Matthew was a kind, caring, fun loving young man who lived life to the fullest, was a role model in the community and a wonderful son/ brother/ grandson/ and friend. He had recently graduated from Framingham State University, had plans of becoming a police officer and had his whole life ahead of him. Matthew is deeply loved and missed by his family and friends.

Since losing my son, I have become an advocate for enforcement our current immigration laws and to put Americans first.