Jonathan Coreas-Salamanca, 20, and Ivan Reyes Lopez, 19, are each charged with second-degree rape. Coreas-Salamanca has additional counts of sexual abuse of a minor and third-degree sexual offense. 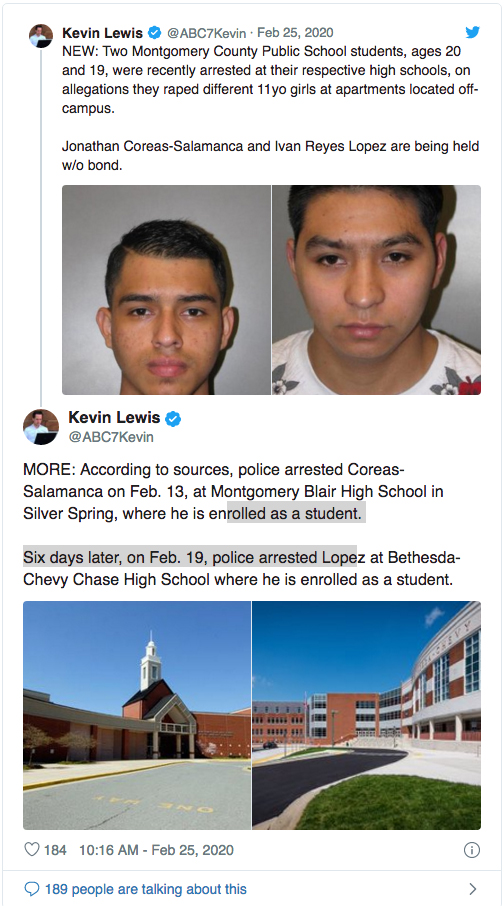 Coreas-Salamanca is accused of providing an 11-year-old girl with a cell phone sometime last year. He allegedly used that device to exchange explicit text messages and photographs with the girl, plus arrange sexual meetups.